On Dec. 8, 2017, US Army Corps of Engineers (USACE) released draft plan to restore a portion of the Satilla River estuary by closing man-made cuts that have degraded the ecosystem by altering the natural hydrology.
The restoration plan proposed by the USACE aims to improve fish and shellfish habitat as well as access to a large marshland system along the northern side of the Satilla River estuary by:
1) deepening shallows that restrict low-tide access to the upper reaches of creeks by both fish and boats; and
2) restoring a normal saltwater gradient that fish and shellfish use to locate the upper reaches of creeks.

The proposed modification to the estuary consists of closing Noyes Cut, Dynamite Cut, and a highly constricted old creek channel (noted by ORR on the map below) that connects Umbrella Creek south to Dover Creek. 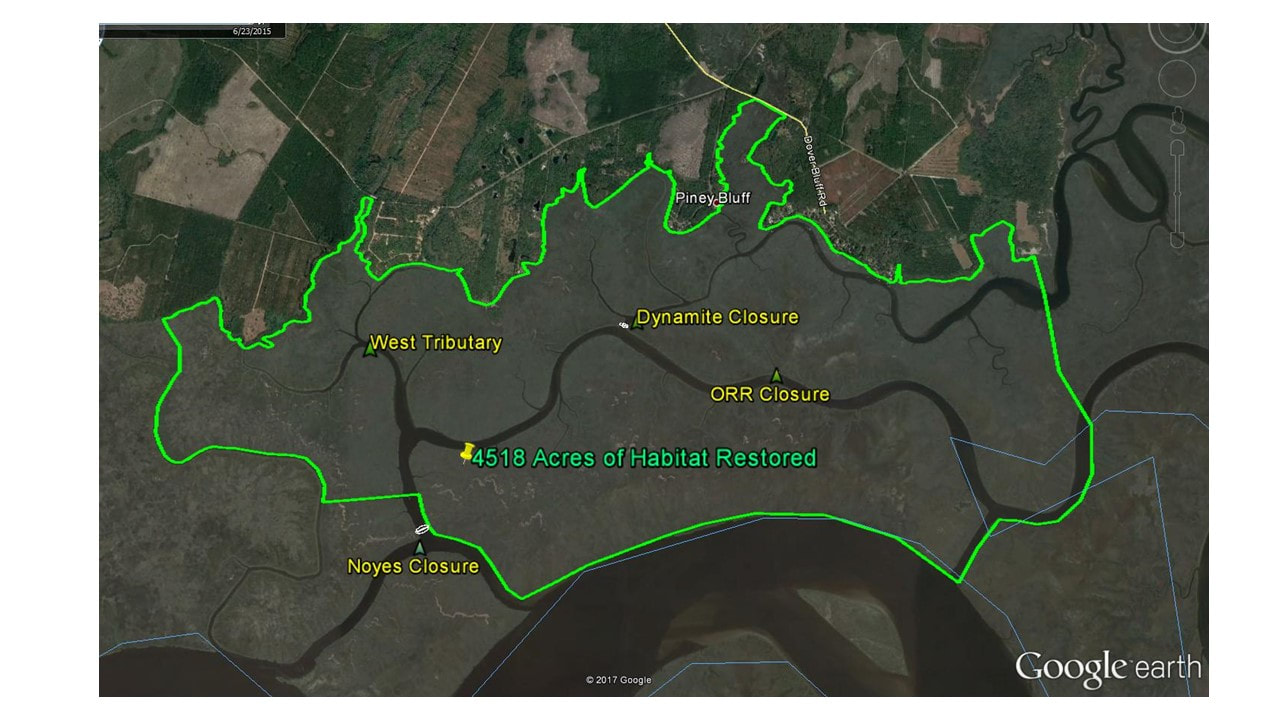 The full report can be downloaded by clicking on the title “Draft Environmental Assessment and Finding of No Significant Impact, Noyes Cut” at the Plans and Reports website of the Savannah District.
​