A chemical spill along Chris Road and Hwy 99 has led to a fish kill.

On December 31st, residents discovered that the stormwater drainage ditch running behind their homes had sustained some dramatic changes. The once lively little fishing hole was now the color of chocolate milk, with many dead fish floating on the surface. Satilla Riverkeeper’s Chris Bertrand and Trish DuBose, alongside Glynn Environmental Coalition’s Rachel Thompson and Altamaha Riverkeeper’s Maggie VanCantfort, came together to investigate the sudden fish kill when notified.

A containment plan was put into action that included a temporary dam to contain the spill; approximately 200 yards worth. Our team collected and conducted a multitude of samples and tests, including collecting one of each species of fish that was visible and one dead rooster. About 140 fish were counted in the milky water, but it is estimated that there could be over 500. It has been determined that the contaminants in the water come from a wood preservative and include copper carbonate.

The origins of the spill have been traced about a quarter mile upstream of the stormwater drainage ditch, to Sunbelt Forest Products on Hwy 99. With the recent cold weather our area has seen, it's theorized that a cold snap caused a busted water pipe that led to water flowing over the chemicals and depositing them into the stream.  The GAEPD and Sunbelt Forest Products are currently working on cleanup and recovery ventures.

GAEPd has reassured residents that public and private groundwater wells should not be affected by this spill. However, if you still have concerns about your well, you can contact the UGA Extension Service in Glynn County for water testing available or go to AESL Fee Schedule. 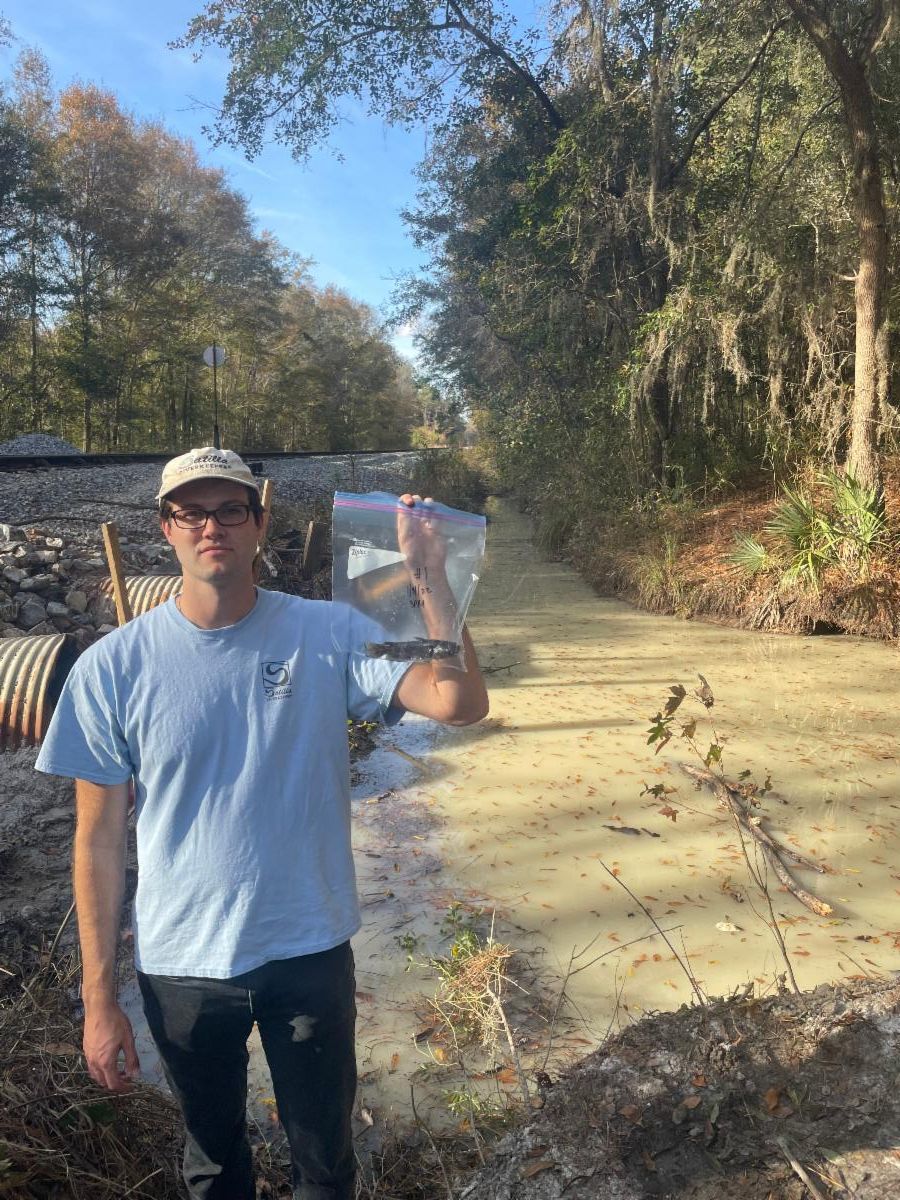 If you would like to learn more about the fish kill, a list of current articles will be linked below!